Sea buckthorn is also called the “lemon of the north” because the small berries burst with vitamin C. In addition, there are other vitamins, minerals, and secondary plant substances with antioxidant effects. This has earned the sea buckthorn berry the reputation of a local superfood. It was said to be a remedy for wounds and a tonic even in Genghis Khan’s time. The fruits are not good to eat raw as they have an extreme, tart, and tangy taste of their own and are exceptionally sour. Therefore, the bright red-orange, very decorative berries are processed into various products: juice, jelly and jam, tea, dried fruit, candies and other sweets, oil, mush, and liqueur. The berry is also used in cosmetic products as its ingredients are very skin-friendly. And, of course, the berries are ground into sea buckthorn powder as we use it for our BERTRAND drinkable meals.

The Origin of Our Sea Buckthorn Powder

Sea buckthorn grows all over Central Europe. In Germany it grows wild in many places, especially in the coastal regions of the North and Baltic Seas and on the offshore islands as so-called “coastal sea buckthorn.” Wild variants and subspecies can also be found in the Alps where it is labeled as “mountain sea buckthorn.” But sea buckthorn is also grown commercially on North German plantations as a cultivated plant. The biggest German growing region for organic sea buckthorn is located around Ludwigslust in Mecklenburg-Western Pomerania. The respective supply of organic produce in the individual growing regions is limited though. That’s why we at BERTRAND rely on multiple reliable suppliers, preferably located at the Baltic and North Sea. There, depending on the available supply of the growers, we cover parts of our need from different suppliers to obtain the required total volume. 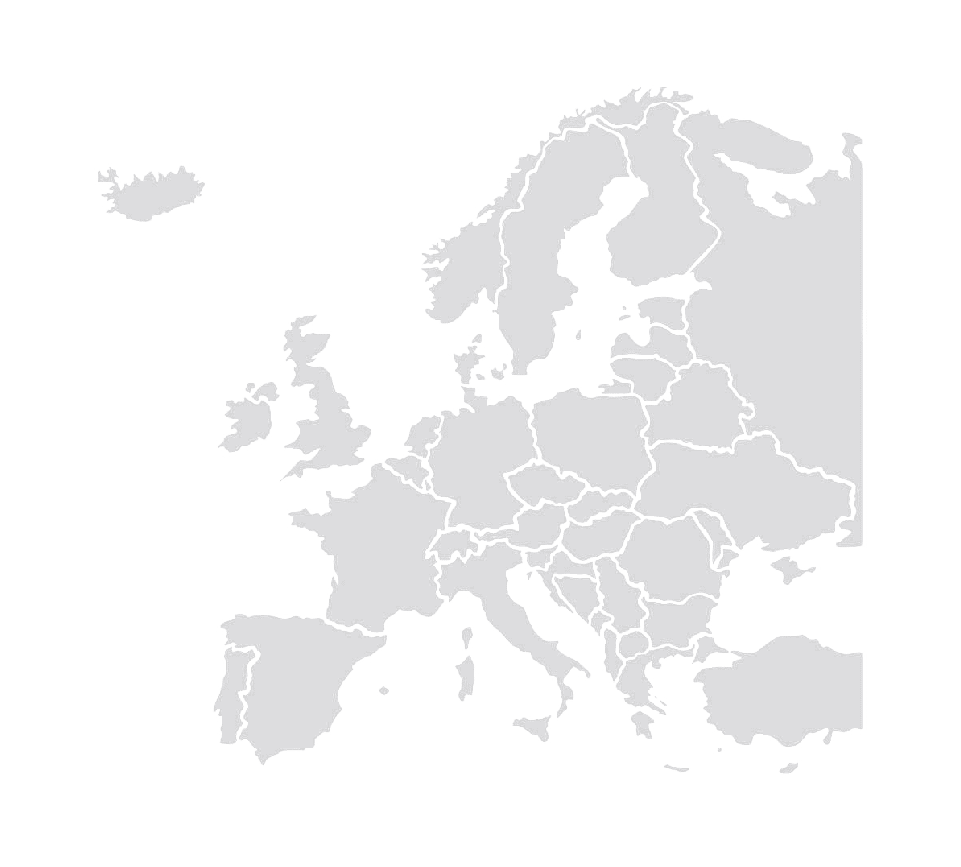 How Is the Sea Buckthorn Powder Made?

The botanically correct name of the sea buckthorn shrub, which belongs to the oleaster family, is “Hippophae rhamnoides.” It is also referred to as sandthorn, sallowthorn, or seaberry. While offering an explosion of colors during fall, it is not easy to handle. Like its name would suggest, it is riddled with prickly thorns. Thus between berries and powder lies one relatively difficult step: the harvest. But let us start with the cultivation.

The sea buckthorn shrub loves sandy, low-nitrogen soil. Its wide-reaching root system provides sturdy anchorage in the soil, which is why it is greatly appreciated in coastal regions. The robust shrub can grow up to five meters tall. It expands without any regard for neighboring plants within the soil as well as above the ground. On the one hand, the sea buckthorn owes its name to its preferred habitat, sandy soil, and on the other to its many sharp thorns. In April, the shrub bears fairly unremarkable, yellow blossoms that grow into spectacularly vibrant, orange berries between August and October.

THE BERRIES ARE CUT FROM THE BUSHES

Mechanical harvesting of the fruits, that sit on the branches like pearls, is not possible. Since the prickly thorns make plucking the individual berries unfeasible as well, a different manual procedure has been established: Whole branches including their berries are cut off the shrubs. The time of harvest is crucial here since unripe berries are extremely sour and leave a slightly furry taste in the mouth. Overripe fruits are inedible. After the trimming, the branches move on to the next processing stage.

THE BERRIES ARE CUT FROM THE BUSHES

FROZEN AT MINUS 110 DEGREES CELSIUS

The whole branches, including the fruits, are deep-frozen at minus 110 degrees Celsius using liquid nitrogen. Thanks of the rapid shock freezing, effectively all the valuable nutrients are conserved. With the help of a machine, the frozen berries can be easily shaken off the branches afterwards.

FROZEN AT MINUS 110 DEGREES CELSIUS

THE AIR IS SUCKED OUT OF THE OUTER PACKAGING

After grinding the berries and drying the sea buckthorn powder, the brightly orange colored, intensely tangy tasting powder is vacuum-packed. In the process, the air is sucked out of the outer packaging. Since now oxidation through oxygen exposure can no longer occur, the product’s shelf life is extended and the vital substances are preserved. This is how the organic sea buckthorn powder is delivered to us filled to the brim with valuable nutrients.

THE AIR IS SUCKED OUT OF THE OUTER PACKAGING

The sea buckthorn berry is primarily known for its immense vitamin C content. Just 100 grams of berries contain six times the daily recommended vitamin C intake. But one wouldn’t do the small fruit justice by reducing its significance to just vitamin C. Because it contains plenty of other important nutrients and is in fact a true vital substance bomb. Let’s have a look at the most important nutrients.

Vitamin C
The high health value of the fruit is definitely due to its high vitamin C content, which is far higher than that of lemons, oranges, peppers, black currants, or kiwis. The DGE (Deutsche Gesellschaft für Ernährung, German Society for nutrition) recommends about 100 mg per day. Orthomolecular medicine with its founder Linus Pauling (1901–1994, chemist and two-time Nobel laureate) even advises to take that value many times over. Vitamin C, also known as ascorbic acid, benefits the immune system, being an antioxidant renders free radicals harmless, supports the absorption of iron, assists wound healing, and is involved in a multitude of metabolic processes.

Vitamin B complex
The sea buckthorn fruit contains the B vitamins B1 (thiamin), B2 (riboflavin), and B6 (pyridoxine). The B vitamins are important for the support and function of our nerve and muscle tissue. They are involved in the metabolism of protein, hormones, and fat and support the immune system. Additionally, they promote the formation of messenger substances for our nervous system. Thus they are often referred to as “nerve vitamins.”

Vitamin E
Vitamin E (tocopherol) is known as a potent antioxidant. It acts as an anti-inflammatory and supports the immune system. The fat-soluble vitamin protects plant fats from turning rancid.

Beta carotene
Beta carotene is a precursor of vitamin A (retinol). The body can produce vitamin A from the plant based carotenoids. A meal containing some fat facilitates this process. Vitamin A is important for eyesight, growth, reproduction, for skin and hair, and also the immune system.

Vitamin K
Human intestinal bacteria can also generate vitamin K (phylloquinone), but it has not been sufficiently researched how much this contributes to the fulfillment of the total demand. That is why a daily intake of about 70 mg is recommended (estimated value). Vitamin K plays a role in the clotting of blood and strength of bones.

Potassium
Like vitamin C stands out among the vitamins, potassium does among the minerals. It takes the lead in mineral content within the fruit with 133 mg per 100 gram. Potassium regulates the body’s water balance and is involved in the transmission of nerve signals.

Secondary plant substances
The pigments, odorous substances, and aromatics are defined as the secondary plant substances of a plant. In nature, those often serve as a repellent to ward off natural enemies and protect the plant from environmental damage. Nowadays it is known that they also serve the human body well. Antioxidative effects are attributed to many secondary phytochemicals.
In the sea buckthorn berry plenty of quercetin can be found, for example, which is a natural yellow dye. It is partially responsible for the vibrant coloring of the fruit. The pigment is attributed with having an anti-allergenic effect and promoting gut health. The fruit also contains the carotenoid zeaxanthin which is mentioned in connection with eye health. And the sea buckthorn berry contains even more of this kind of substances.

Fatty acids
The tiny seed kernels and the skin of the berry contain valuable fatty acids, especially linoleic acid and alpha-linolenic acid. The seeds contain 20 percent oil and the pulp still about 5 percent. This fat content ensures that the fat-soluble vitamins E and K are well absorbed by the organism.

We use organic sea buckthorn powder for our BERTRAND liquid meals since its diverse nutritional content (vitamins, secondary phytochemicals, and antioxidants) make it particularly suitable to adjust the nutritional value of our products according to the Nutrient Reference Values (NRV). 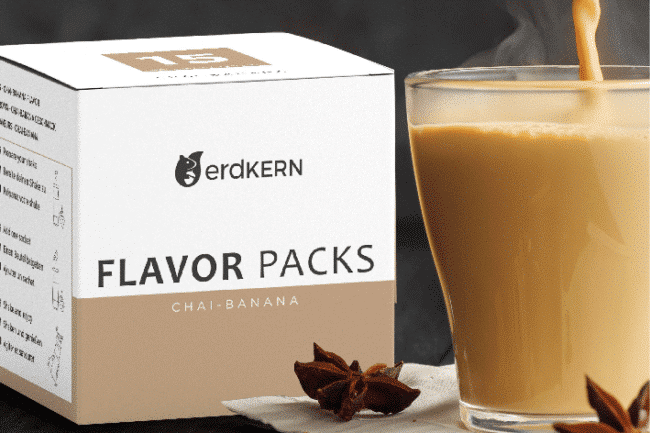 Chai Banana FlavorPacks Want to add some variety to your daily shakes? Then try our chai and banana flavors with our flavor packs! Our Chai Banana FlavorPacks can instantly add a distinctive flavor to your BERTRAND shakes. Each box contains 15 sachets, enough for 15 meals.What our customers especially appreciate about our FlavorPacks: Our flavor has a very natural taste and imparts a fresh, tangy and easy-to-dose banana sweetness. Try now 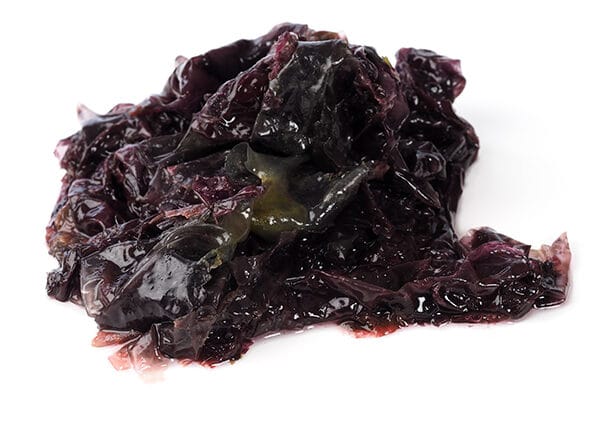 As a rule, we rarely consume algae in our daily diet. Why we have chosen organic algae of the variety Porphyra in BERTRAND, you will learn in this article. 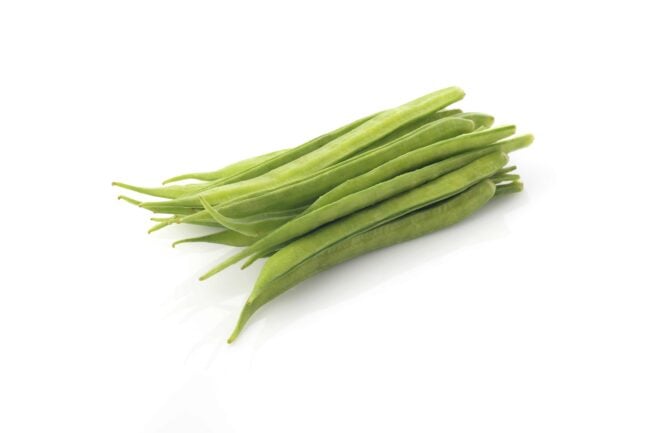 Organic guar gum Guar gum is made from the seeds of the guar bean. It is not a basic ingredient of our meal replacement drinks but serves as a food additive that is listed under the name E 412. Up until the end of the Second World War, guar was mainly used as fodder, before the importance of the plant’s usability was recognized. Today, certain parts of the guar bean can be found in a huge variety of products, so much so that almost everyone around the world consumes these beans daily, often without even knowing it. The guar gum usage possibilities are practically endless. It can be used as