My body felt heavy. It was just a normal Monday morning stand-up, but I got so hot that I started sweating immediately.
My mouth became dry, my legs wobbly and in the end I had to walk through the circle of work colleagues to sit on the couch at the other end – with the fear of passing out at any moment.

It was just a normal morning, apart from maybe being a little more rushed to be on time for the standup.

The real sticking point, however, was that at that time – and I don’t know exactly when it started – I had developed the habit of not eating breakfast in the morning. I much rather left immediately after the shower to get something done.
In the meantime I have integrated an obligatory shake for breakfast into my morning routine, and I feel more alive than ever. I get up earlier, am more active and eat much more than I did before (I don’t replace all meals). That day I remembered another blog entry of a software developer whose blog I followed some time ago when he developed a shake superior to food. He called the whole thing “Soylent”.

Before I moved into my new apartment, I was highly motivated and researched in painstaking detail how to get the required ingredients together in Germany, in what quantities, etc.. Distracted by activities such as moving, work and side projects, my ambition came to nothing. The entry hurdle was simply too high.
A lot can change in a year, I know that because I spend every day evaluating and/or using the latest. It was the same in the field of nutritional shakes. I found several distributors in Europe, and finally I shot my way into a company called “Betrand”.

If I have waited so long to do so, then please do so from within the country, otherwise I could have had a portion of powder from America long ago.
In the first order I received three bags, and immediately I was able to convince my good friend and roommate. He is a plasterer and has to do physically hard work every day. No matter how much food he took with him – it was never enough. Directly there were seven more bags in the following order, but then curiosity set in: What about the competition? After all, they had a wider range of tastes, lower prices and a generally more professional appearance on the Internet. We decided to try all of them (which came into question for us):

They arrived in that order & highly motivated we started testing. The included Nano-Shaker is from the same manufacturer, where Bertrand also produces his new shakers
from is obtained. Personally, we like the “simple green” ones that were there in the beginning more. Jake, as well as Joylent, both came with the typical gym shaker, just branded on their brand. You can’t do much wrong with it, but it’s not particularly exciting.
On the other hand, Nano completely failed with the packaging. Individually packaged portions, white, only with a best-before date – and if you’re not careful enough, most of it will end up next to the filler opening. Jake was better at this and had a noble-looking, minimalist packaging, even for single portions.
Our winner in this category, Joylent, like Bertrand, is convinced that three meals should be packed together, but has such beautiful motifs for each flavor – I had to send a photo to my friends. But what good is nice packaging if the product doesn’t taste good – so how did it go in this category?

Accustomed to the taste of Bertrand as my “starter shake”, I expected similar taste, but I almost began to wonder where the rejection to the creamy mass came from.
Nano and Jake both have just one universal flavor that is equivalent to vanilla. We got used to the taste of Nano, but with Jake, my roommate and I came to a consensus to store the remaining 18 (of 20) portions in a dark corner. To be fair: it was the 3000kcal version for sports.
Joylent could flex his muscles in this category: Banana, chocolate, strawberry as well as vanilla are available, and it tasted much more natural compared to the other two candidates in the field. However, for all three it was more of a “down with it” feeling than a real treat.

So, after
– 22 portions of Nano
– 15 portions of Joylent
– 2 portions of jake (+ 18 remaining)
– 30 portions Bertrand
we had to decide which company we wanted to support.

As you are reading this post in the Bertrand Blog, the outcome shouldn’t be hard to guess. Of course, not everything is perfect on their side either: Of all four products tested, Bertrand is by far the most expensive. For some people this may be a manslaughter argument, but I am of the opinion that
behaves in the same way as with “real” food: Quality costs. In the same way, the varieties are currently limited to two (natural & vanilla); in the beginning there was
Version with berries; my friend loves this variety!

In consultation with Tobias, I am confident that I will find berries in the next order.
Between the test and my first 30-bag order, the texture and consistency of the shake improved considerably. 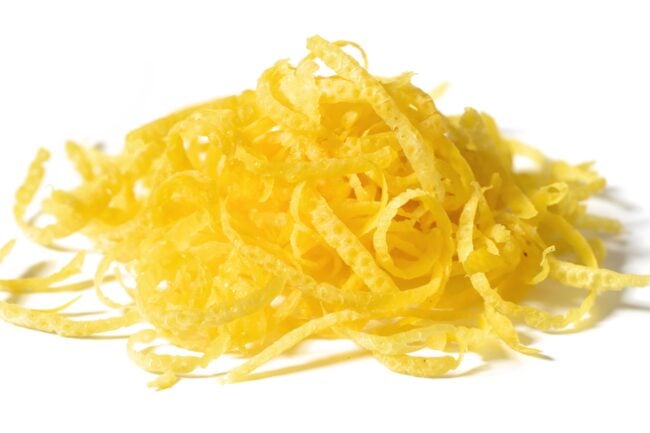 Organic lemon peel extract The lemon (Citrus limon) is full of vitamins and is known and appreciated as a vitamin C bomb. But it would not do justice to the yellow beauty to reduce it to its vitamins alone, because it has many other benefits, such as fiber, essential oils and secondary plant components. What is often unknown and unnoticed: the lemon peel is far more beneficial than lemon juice! Because the peel not only contains more aromatic substances, but also much more nutrients. Only organic lemons are suitable for the safely consuming the peel, because a large part of the conventional herbicides and pesticides are absorbed by the peel. 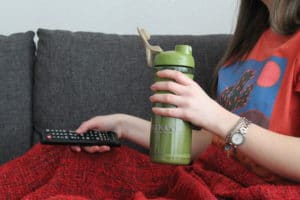 5 tips for a successful exam period

February and March – two inconspicuous months for some, but for most students it is time for exams and exams. That means hours spent in the library, long hours sitting at the desk, little sleep and even less time for a sensible diet. Pizza and instant pasta are quickly made, but unfortunately do not provide the optimal nutrients to stay focused on your studies.The brain works unbelievably much during this time and must be supplied. 5 tips, how you box yourself well through this time Balanced nutrition Read More Balanced diet – A balanced diet is not only good for your physical performance, but also for your mind. Good fats

From coast to coast

Travelling from coast to coast by scooter in the USA? Sounds like a strenuous undertaking. Different climate conditions, thousands of kilometers. But the friends Dejan Kovacevic and Patrick Oswald want to face this adventure and collect money for children with cancer. What does this have to do with us? Well, Patrick takes our products with him on the trip, which both of them only take with one backpack each and of course their scooter. On 27.2 they started in Frankfurt with a direct flight to Miami, on 25.3 they want to be in Los Angeles already. That is 27 days for about 5,000 kilometers. At the moment they are already